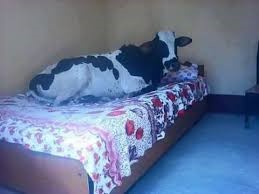 The importance of cow comfort

It is a constant challenge of dairy farmers to get more milk from their cows, a few more litres per day from every cow would transfigure the economics of dairy farms.

So why don’t all herds milk the same? Variable genetics and diet are generally considered to be two of the factors that have most influence. The counter argument to this is that within any region, diet and genetics are often very similar so why do herds of similar genetics, fed similar diets produce different amounts of milk.

Individual herd facilities and management, particularly during the transition period (3 weeks before calving to 1 month after calving) have a significant influence on levels of milk production.

Trial work carried out by Ken Nordlund of University of Wisconsin using data from 3,000 herds confirm this and Nordlund states that

Beecher Arlinda Ellen Ex-91 held the world record for milk production for 17 years. She produced 25,247 kgs of milk on 2x milking in a 365 day lactation in 1975. The achievement of surpassing the previous record by 2,223 litres drew world wide attention but one Professor Jack Albright was particularly intrigued so monitored her closely during her record lactation.

Ellen was penned alone so she never had to fight for bunk space or a place to lay down. Albrights findings give an interesting insight into the daily routine chosen by a cow when she is unrestricted.

A cow that is lying

A cow that is lying

This data is from a series of studies conducted at Miner Institute (Grant, 2007). The observations are primarily from healthy (non-lame) cows at a similar stage of lactation and we can see there is a range in resting time from seven to 17 hours per day. There is considerable variation in milk yield versus resting time, but nonetheless there is a positive relationship. The slope of the best-fit line through this data indicates that, for every additional hour of resting time a cow achieves, there is a milk response of approximately 1.7kgs.

Beyond the effects on production, several important health-related factors are detrimentally altered by reduced lying time.